Previous
Next
SOME WORKS FROM THE COLLECTION 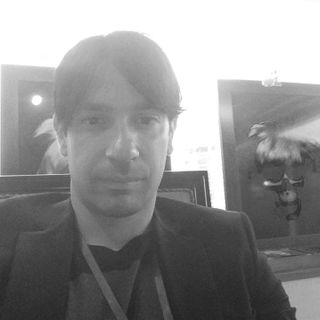 One of the most competent experts on the artworks of Andy Warhol.

His passion for art led him to found in 2014 the JF FINE ARTS, an online gallery that deals with consultancy and the sale of works of art To date, he can be considered one of the best Italian collectors of Andy Warhol as well as one of the greatest experts of the artist himself; in addition to having a prestigious collection, it is also a reference point for galleries and collectors on a national scale. His collection is often exhibited at important museum exhibitions in Italy, he has a deep knowledge of the works themselves from a scientific point of view. Member of the scientific committee of numerous exhibitions dedicated to the artist, cultivates his passion for the art of Andy Warhol. The goal, in addition to acquiring new knowledge through other art-loving collectors like him, is to take care of the collector’s collection and to appraise and make people understand the authenticity and evaluation of the works submitted to him.

I offer some top notch services

We are prepared to satisfy you to grow and invest in the right works of art.

Jonathan Fabio (holder of JF FINE ARTS) Scentific Committee (of some) and lender of the exhibition:

See all the exhibitions 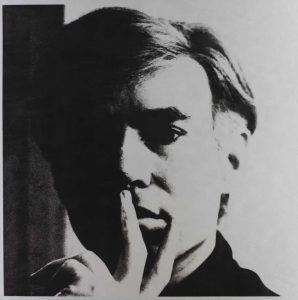 Warhol was born on August 6, 1928, in Pittsburgh, Pennsylvania. He was the fourth child of Ondrej Warhola (Americanized as Andrew Warhola, Sr., 1889–1942) and Julia (née Zavacká, 1892–1972), whose first child was born in their homeland of Austria-Hungary and died before their move to the U.S.

His parents were working-class Lemko emigrants from Mikó, Austria-Hungary (now called Miková, located in today’s northeastern Slovakia). Warhol’s father emigrated to the United States in 1914, and his mother joined him in 1921, after the death of Warhol’s grandparents. Warhol’s father worked in a coal mine. The family lived at 55 Beelen Street and later at 3252 Dawson Street in the Oakland neighborhood of Pittsburgh. The family was Ruthenian Catholic and attended St. John Chrysostom Byzantine Catholic Church. Andy Warhol had two elder brothers—Pavol (Paul), the eldest, was born before the family emigrated; Ján was born in Pittsburgh. Pavol’s son, James Warhola, became a successful children’s book illustrator.

In third grade, Warhol had Sydenham’s chorea (also known as St. Vitus’ Dance), the nervous system disease that causes involuntary movements of the extremities, which is believed to be a complication of scarlet fever which causes skin pigmentation blotchiness. At times when he was confined to bed, he drew, listened to the radio and collected pictures of movie stars around his bed. Warhol later described this period as very important in the development of his personality, skill-set and preferences. When Warhol was 13, his father died in an accident.

As a teenager, Warhol graduated from Schenley High School in 1945. Also as a teen, Warhol won a Scholastic Art and Writing Award. After graduating from high school, his intentions were to study art education at the University of Pittsburgh in the hope of becoming an art teacher, but his plans changed and he enrolled in the Carnegie Institute of Technology, now Carnegie Mellon University in Pittsburgh, where he studied commercial art. During his time there, Warhol joined the campus Modern Dance Club and Beaux Arts Society. He also served as art director of the student art magazine, Cano, illustrating a cover in 1948 and a full-page interior illustration in 1949. These are believed to be his first two published artworks. Warhol earned a Bachelor of Fine Arts in pictorial design in 1949. Later that year, he moved to New York City and began a career in magazine illustration and advertising. (wikipedia.org)

Let’s work together on your next project